New Yorkers were on track for a new constitutional right to clean air and water, thanks to a ballot proposal that appeared headed for passage.

The measure, which had garnered more than 60 percent of the vote by early Wednesday morning, would add new language to the state Constitution guaranteeing “a healthful environment.”

The ballot question was one of five proposals up for New Yorkers statewide to vote on in the general election. Only two out of the five appeared likely to pass, according to returns from the state Board of Elections.

Voters shot down proposed changes to the redistricting process, and two measures that would have made it easier for people to register to vote and vote by absentee ballot. Meanwhile, a proposal to increase the claim limit in New York City Civil Court sailed to easy passage.

On the voting-related measures, Proposals 3 and 4, tepid support from urban voters could not make up for strong opposition from more rural and suburban counties. Republicans had rallied statewide against the ballot proposals with a “just say no” campaign ahead of Nov. 2.

Analysis Wednesday from the Albany Times Union shows only three counties — New York County, which is Manhattan, Tompkins County, home to Ithaca, and Ulster County — had vote totals above 50 percent for Proposal 3, which would have paved the way for same-day voter registration. Just two, New York and Tompkins, gave a majority yes vote to Proposal 4, which would have expanded access to absentee ballots.

Results won’t be set in stone until after all absentee ballots are counted starting next week.

Susan Lerner, executive director of Common Cause New York, a major advocate for Proposals 1, 3 and 4, called their failure at the polls “a black eye for democracy.”

“These results are a cautionary tale showing that even in deep blue New York, we can’t take pro-democracy outcomes for granted,” she said. “Anti-democracy forces are drowning out common-sense reforms with fear mongering scare tactics, and voters are listening.”

The apparent victory of the environmental question, listed as Proposal 2 on the ballot, was hailed by advocates who see the measure as a way to force the state to protect natural resources and people’s health in future projects and policy.

“Having this right to clean air and clean water is only going to be positive to make sure that we are no longer overburdening our communities on the frontlines with these facilities that are pumping out pollution and harming public health,” said Julie Tighe, president of the New York League of Conservation Voters.

New York would follow Pennsylvania, Montana and a number of other states in adopting “green amendments” that grant environmental rights to citizens in various forms. 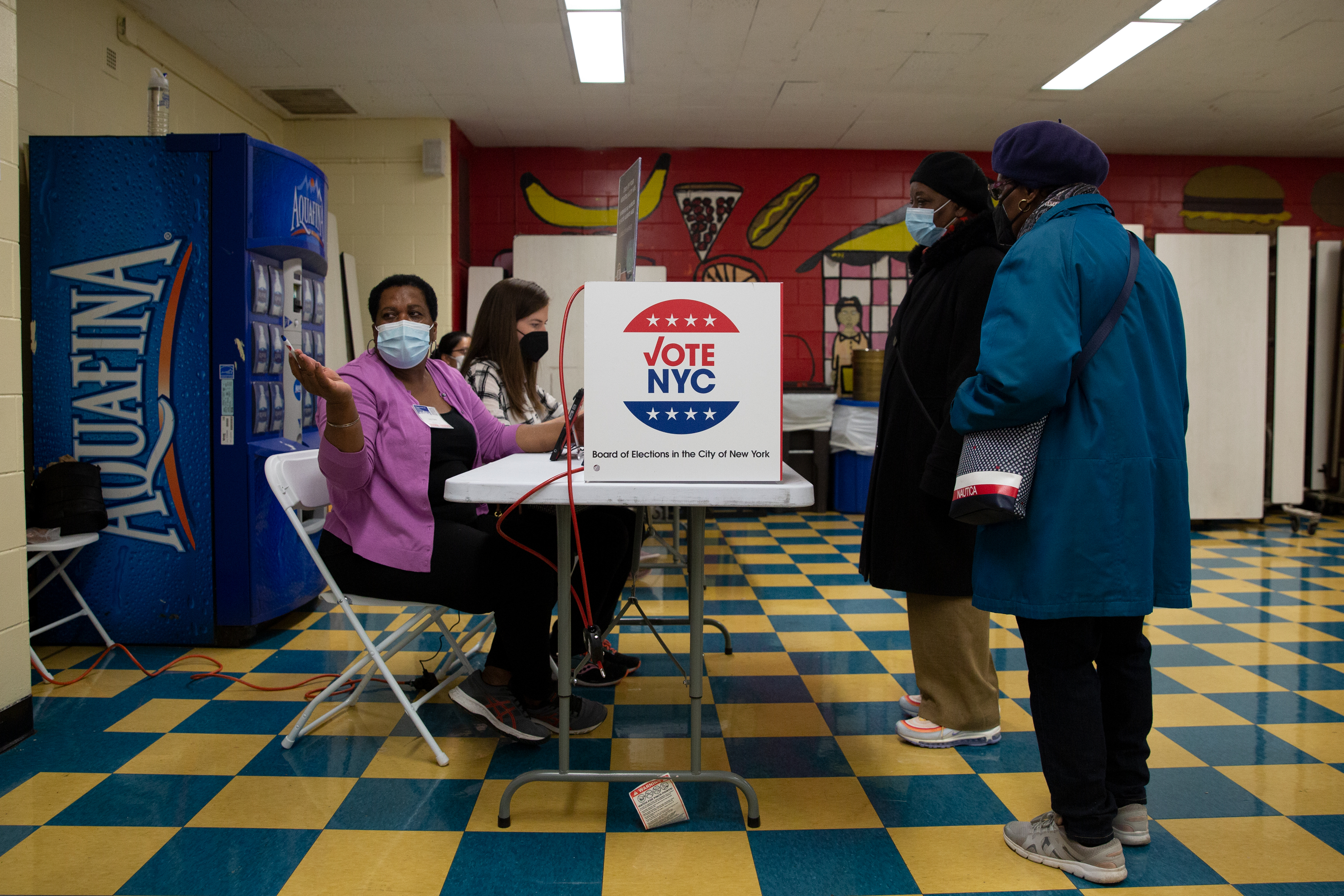 Critics of Proposal 2 said the new constitutional addition would invite a slew of lawsuits from New Yorkers, putting the onus for environmental regulation on courts and judges, instead of legislators.

Noting the potential failure of other proposed amendments along partisan lines, Peter Iwanowicz, executive director of Environmental Advocates for New York, said: “In these otherwise polarizing times, a healthy environment, breathing clear air and drinking clean water are values that bring people together.”

Proposal 1 would have changed aspects of how New York uses the 2020 census data to redraw Congressional and state-level legislative districts — including capping the total number of state senators at 63 and moving up by two weeks the deadline for when redistricting plans must be submitted to the Legislature. But only about 38 percent of voters gave it the OK, all but ensuring its failure.

The approval of Proposals 3 and 4 would have paved the way for the legislature to craft rules allowing easier access to the polls.

Looks like the NYS referenda on Tuesday’s ballot fared similarly across NYC, except for Prop 2 which (to make the point obvious) shows up “greener” on the map. pic.twitter.com/gJgmppA2qZ

Proposal 3 would have nixed a constitutional rule saying New Yorkers must register to vote at least 10 days before an election. Passage would have given state lawmakers the green light to approve same-day voter registration.

Proposal 4 sought to get rid of a constitutional rule that said voters need a valid reason to obtain an absentee ballot.

No-excuse absentee voting has effectively been in place throughout the pandemic thanks to a 2020 emergency order by then-Gov. Andrew Cuomo that allows New York voters to use the threat of catching COVID-19 as a reason to get a mail-in ballot.

At least 50 percent of voters rejected Proposals 3 and 4 statewide. Notably, even in areas where those measures found the most support, many voters did not weigh in on the ballot questions at all, which are often found on the back of a ballot or on a separate page.

In The Bronx, Brooklyn, Manhattan and Queens, a plurality of voters approved Proposals 3 and 4. But in those same boroughs, between 17 percent and 27 percent of voters left those questions blank.

Proposal 5, which was winning with about 54 percent of the vote (and 14 percent for “blank”), would bring a key change for the city’s court system. The measure would boost the monetary limit that determines what type of case is heard by the New York City Civil Court.

The proposal would lift the limit from $25,000 to $50,000. Advocates in the Legislature put forth the measure to reduce the caseload in New York’s Supreme Court, which had previously heard all cases with claims above $25,000.